The Association of Airport Internal Auditors

The AAIA is the Destination for Excellence in Airport Auditing

Ms. Tatem is the Director of Internal Audit for Hillsborough County Aviation Authority (HCCA) that oversees Tampa International Airport, Peter O. Knight Airport, Plant City Airport, and Tampa Executive Airport.  She has more than 15 years in auditing experience, and has been with HCCA since 2013.  Prior to joining HCCA, she worked as an external auditor primarily in the fields of government, non-profit, and construction.

Ms. Tatem joined the AAIA in 2013.  She was elected to the Board and as Treasurer in 2016, then as Vice President in 2018.  Shortly thereafter, she was appointed as President when the position became vacated unexpectedly.  She chairs the Executive Committee, and is on both the Governance and Conference Committees.  She was Chair of the Conference Committee in 2021, when Tampa International Airport hosted the 31st Annual Conference.   She also serves on the Board for the Humane Society of Tampa Bay.

She enjoys water sports, spending time with her husband, and their menagerie of dogs, cats, and a turtle.

Ms. Dumond is the Director of Internal Audit since 2013 at the Greater Orlando Aviation Authority (GOAA) that oversees the Orlando International Airport and Orlando Executive Airport.  She joined the GOAA in 2004 as an Auditor, and has more than 20 years of auditing experience.  Prior to joining the GOAA, she held various auditing positions with Orlando Health, Disney Worldwide Shared Services, PRG Schultz International, and the MONY Group.

She joined the AAIA in 2004 and was elected in 2019 as Vice President after serving as Secretary beginning in 2016.  She chairs both the Governance and Conference Committees, and is on the Executive Committee.  She is the Past President of the Central Florida Chapter of the Institute of Internal Auditors and currently is on the Board, and is the Vice Chair of the Florida Audit Forum.  She also is a Board Member of the Central Florida Chapter of ISACA. 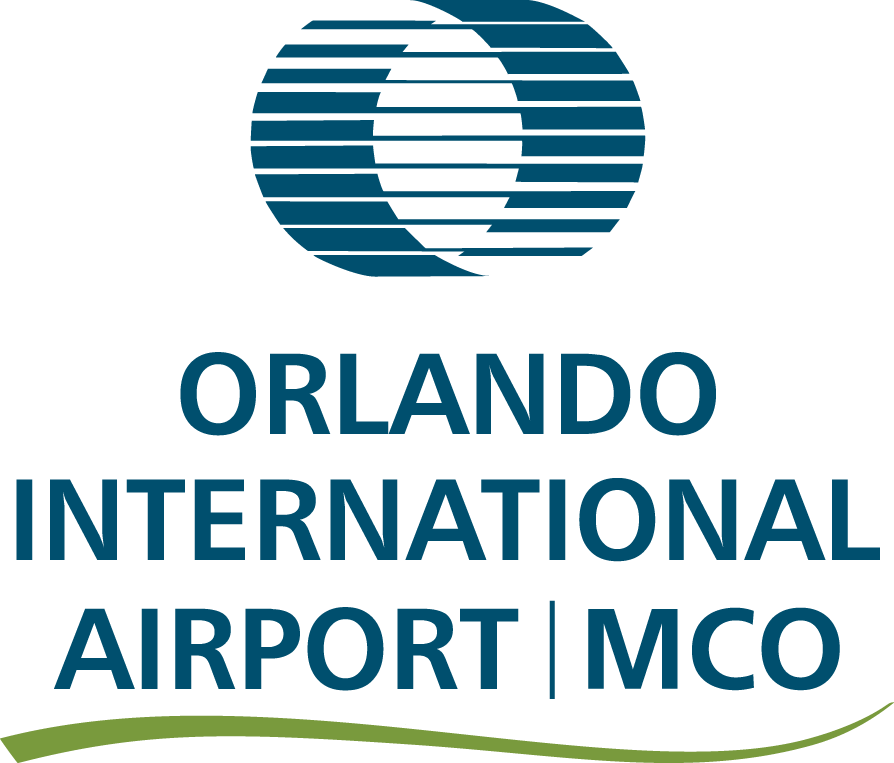 Ms. Johnson manages the Department of Aviation’s Internal Audit Business Unit at Hartsfield-Jackson Atlanta International Airport.  With over 25 years of internal audit experience, she is responsible for leading the audit team in performing revenue, compliance, performance and internal control audits for the department.  Ms. Johnson joined the Department in 1998, prior to that she began her audit career at MCI Communications.

In 1998 Ms. Johnson joined the AAIA and was elected Secretary in 2019.  She is a member of AAIA’s Executive Committee and serves on the organization’s Membership and Communications Committees.  She was the Conference Chair in 2018, when Hartsfield-Atlanta hosted the 29th annual AAIA Conference.

Mr. Gee attended the University of Wisconsin-La Crosse, where he earned a B.S. in Finance and Marketing.  He earned his M.B.A. from St. Cloud State University.  He is a Certified Fraud Examiner.

Mr. Gee joined the AAIA in 2014, and was elected Treasurer in 2018.  He is on the Executive, Conference, and Education Committees.  In addition, he was the Chair of the Conference Committee in 2019, when MAC hosted the 30th annual AAIA Conference.

He enjoys golfing, running, and all Minnesota sports teams. 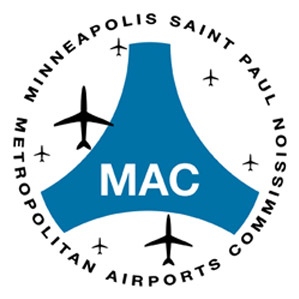 Mr. Robinson is the Internal Auditor responsible for audit and contract compliance at the Manchester-Boston Regional Airport since 2002. Before joining the airport, Wayne worked as a mayoral assistant responsible for budgetary affairs and administration to Mayor Robert Baines.

Before joining Mayor Baines’ staff, he worked for over ten years in banking, responsible for accounting, financial analysis, and asset-liability management.

Mr. Robinson graduated from Southern New Hampshire University with a degree in Economics and Finance.

Mr. Robinson has been a trustee of the Granite YMCA for over 20 years. He has held many volunteer positions during this time, including serving as chairperson of the Board of Trustees, chairperson of the Allard Center of Goffstown Advisory Board, co-chair of the Reach Out for Youth Dinner, and as a member of the association’s Strategic Planning Committee.

He also volunteers his time for the Y-USA Regional Committee on Membership Standards (RCMS) – Region 1 that governs Ys from Maine to Washington DC.

He joined the AAIA in 2002, and served as President from 2013 through 2017.  He is the chair of the Nominating Committee and is on the Steering and Executive Committees.

He is an avid runner, having completed two New York City Marathons and the Chicago Marathon.  Wayne is a certified TRX instructor and leads Spin classes. He resides in Goffstown with his wife, Kim. 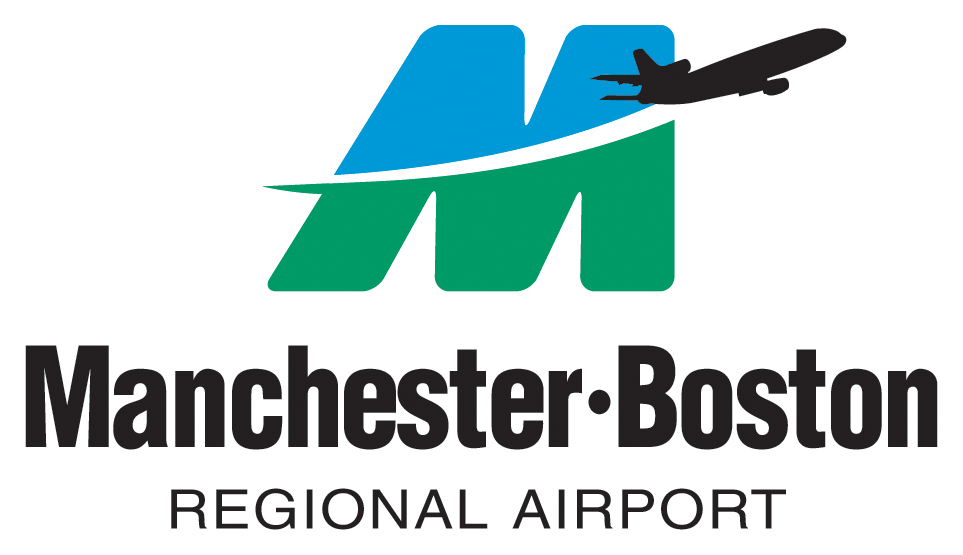 Ms. Bowles earned her B.S. in Accounting from Bethune – Cookman University located in Daytona Beach, Florida and her M.B.A. from Jacksonville University.  She also is a Certified Internal Auditor and Certified Government Auditing Professional.

She became a member in 2018, joined the AAIA Board in 2019 as a Director and is on the Governance Committee.  She co-chairs the Membership Committee.  She was re-elected to the board in 2021.

She enjoys traveling, attending music festivals and concerts, and spending time with her family and friends. 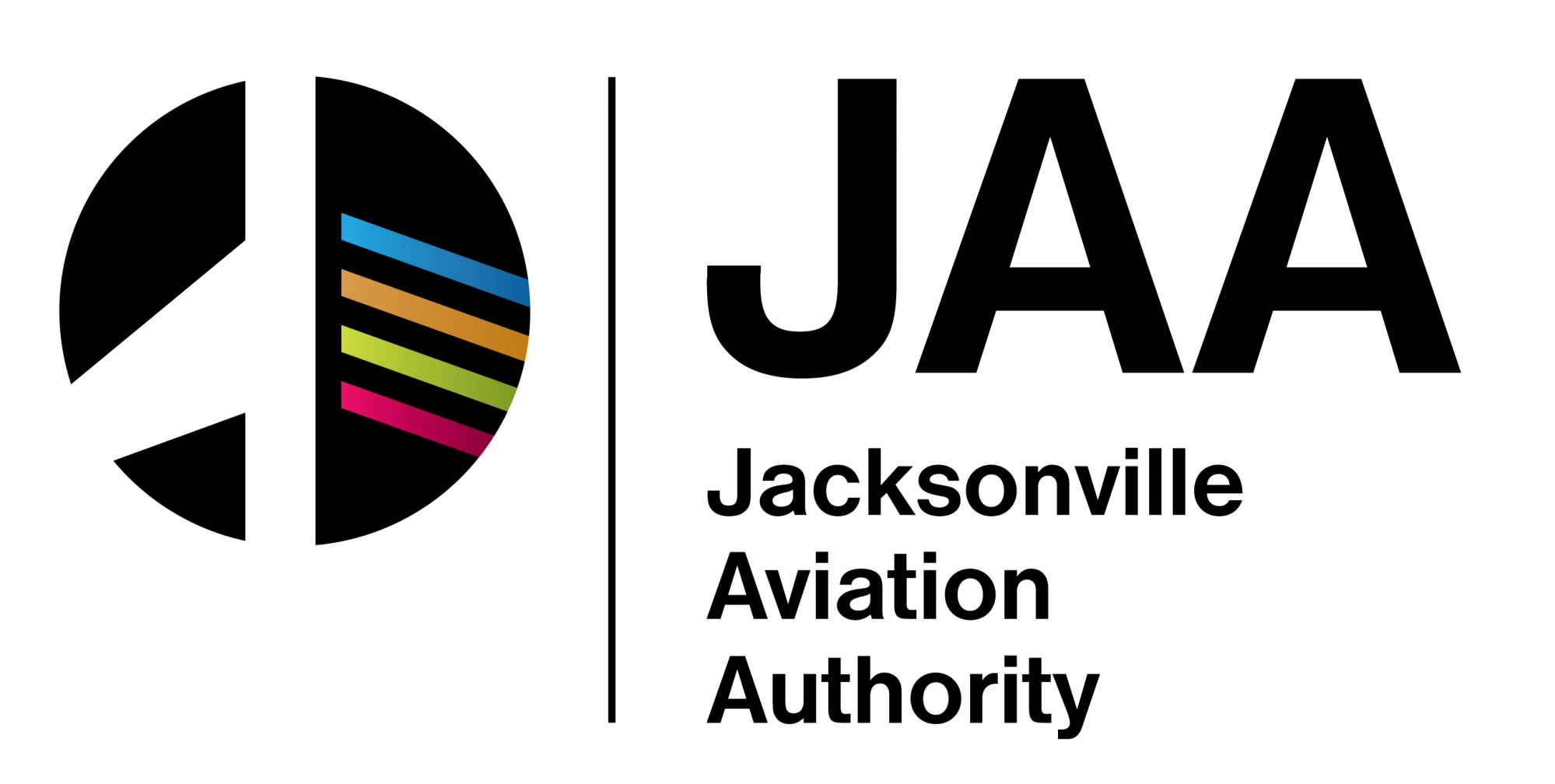 Mr. Costa was assigned to the Lee County Port Authority in July 2017 as the Senior Internal Auditor. The Authority oversees Southwest Florida International Airport and Page Field Airport.  Previously, he was with RSM as the auditor-in-charge.

Mr. Costa earned his B.S. in Accounting from Florida Gulf Coast University in 2010 in Fort Meyers.  He is a Certified Public Accountant.

He enjoys spending time with his wife and kids, boating, and riding motorcycles.

Ms. Lightfoot is the Manager of Strategic Planning and Analysis for the Nassau Airport Development Company.  She has approximately 17 years of auditing and financial experience and has been with the Nassau International Airport since September 2018.  She has extensive knowledge in maintaining and reporting on enterprise risk management frameworks, developing audit programs, conducting audits, and performing risk assessment procedures.

She attended Northwood University in West Palm Beach, Florida, where she earned a Bachelor’s in Business Administration. She is a Certified Internal Auditor and is currently enrolled in the IIA's Certified Risk Management Assurance program.

Ms. May attended the University of Kentucky in Lexington, Kentucky where she earned a B.A. in Business Administration in Accounting. She also is a Certified Public Accountant and Certified Fraud Examiner.

She joined the AAIA in 2011 and elected to the Board in 2017.  She is a member of the Information Technology and Education Committees.

She enjoys spending time with her children and her dogs.  She enjoys going to the lake and being around water, everything from fishing, skiing, boating and floating.

Ms. Parayaoan is an Audit Manager at the Metropolitan Washington Airports Authority’s Office of Audit (MWAA).  MWAA operates the US capital’s two airports:  Ronald Reagan Washington National and Washington Dulles International.  She has more than 15 years in auditing experience and has been with MWAA since 2010.  Prior to joining MWAA, she worked as an external and internal auditor primarily in the fields of government, non-profit, financial and manufacturing.

She attended the Polytechnic University of the Philippines - Manila, where she earned a Bachelor’s in Accountancy.  Ms. Parayaoan is a Certified Public Accountant, licensed in California and Virginia.  She is also a Certified Internal Auditor, Certified Government Financial Manager, Certified Fraud Examiner, Certified Information Systems Auditor, Chartered Global Management Accountant and holds a Certificate in Airside Safety.

Ms. Parayaoan joined the AAIA in 2010.  She joined the Board in 2021, completing Callie Ullman's term (of the San Diego Regional Airport Authority).  She co-chairs AAIA's Membership Committee.  She also serves on the Board of Governors for the IIA-DC Chapter and is on the Audit Committee and served a charity organization Medical Mission of Mercy as treasurer.

She enjoys gardening, cooking for her family and friends, spending time in the outdoors and traveling with her husband. 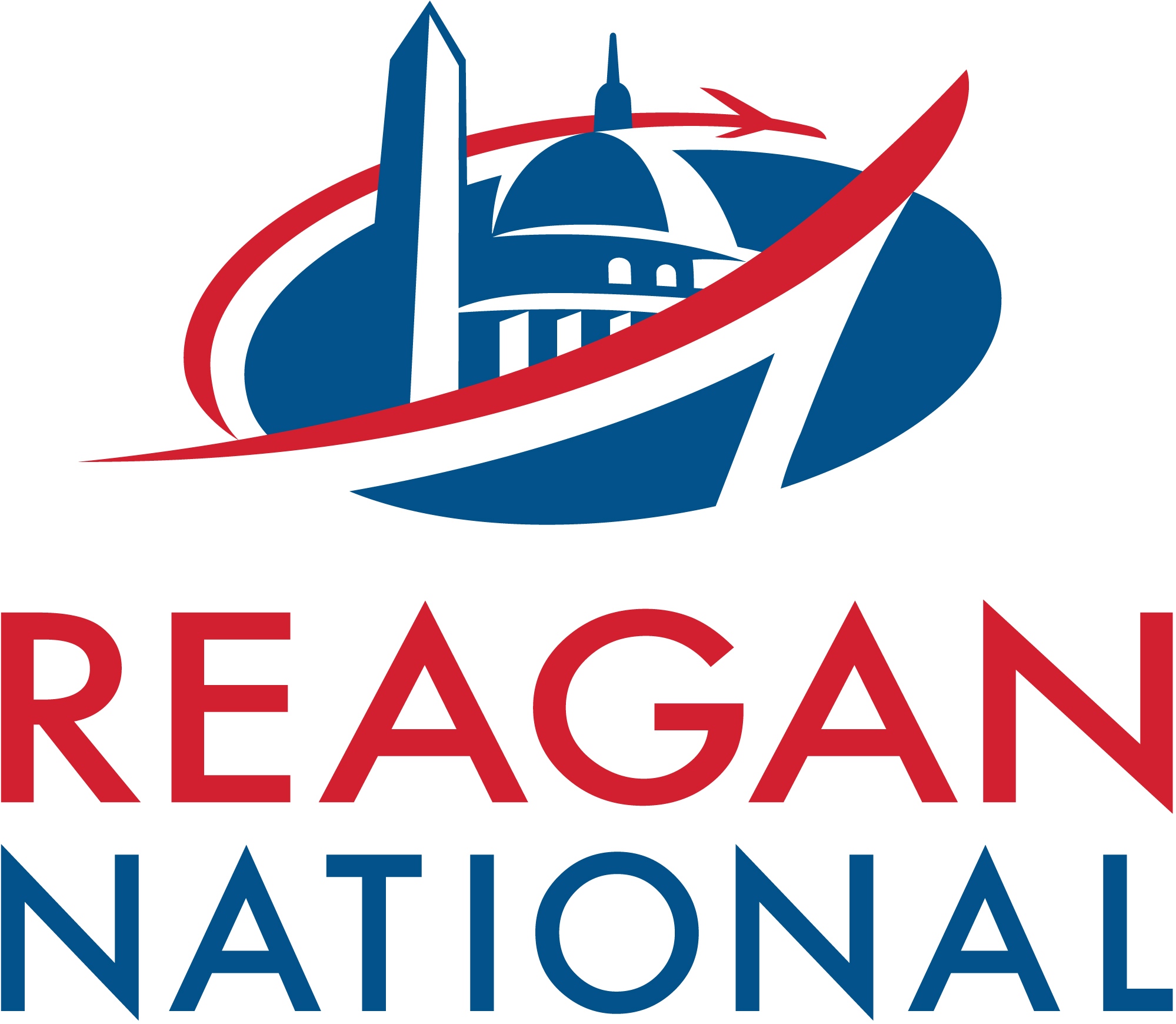 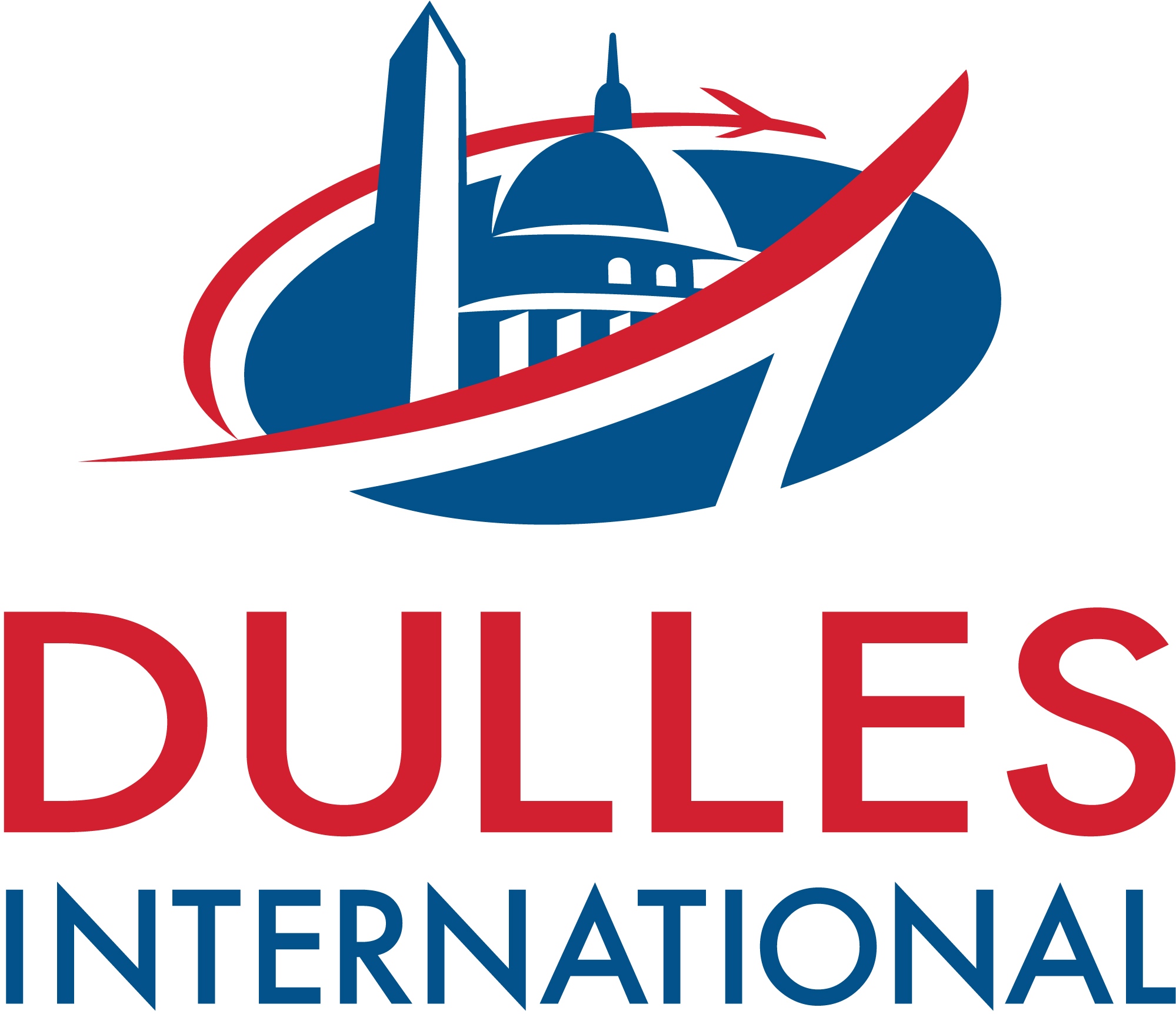 Ms. Yarlagadda started with the City & County of Denver - Department of Aviation (Denver International Airport) in 2006 as a Staff Internal Auditor.  She is currently the Director/Chief Audit Executive of the airport's Internal Audit Department.

Ms. Yarlagadda is originally from India, and moved to the United States in 1999.  She has an M.B.A. from Andhra University located in India, and an M.S. in Accounting from the University of Colorado at Denver.  She is a Certified Internal Auditor.

Ms. Mirarchi graduated from La Salle University in Philadelphia, Pennsylvania, and earned a B.S. in Accounting.

Ms. Mirarchi joined the AAIA Board as CPE Coordinator in 2016, and has been a member of the AAIA since 2006.  She chairs the Education Committee, and is a member of the Conference, Nominating, and Membership Committees.  She was re-elected to the Board in 2021.

She loves reading, cooking, and shopping!

Paula Murphy, IT Coordinator and Director

Ms. Murphy joined the Reno-Tahoe Airport Authority that oversees the Reno-Tahoe International Airport and Reno-Stead Airport in 2013 as an Internal Auditor.  Previously, she worked in banking as a Commercial Bank Examiner for the Federal Reserve Bank of San Francisco, as an Internal Auditor for a community bank in Truckee, California, and as a credit analyst for U.S. Bank.  While raising her two children, she had a contract loan underwriting business, was a girl scout leader, Treasurer for the KidZone Children's Museum, and Treasurer for a Parent Faculty Association.

In 2018, Ms. Murphy joined the AAIA Board, and has been a member since 2013.  In 2018, she became the Assistant Treasurer and in 2019 the IT Coordinator.  She chairs the Information Technology Committee and is on the Membership and Conference Committees.

She enjoys spending time with her family, reading, and hanging out with friends.